A Coil, the Current and the Voltage

At any one point in time, given the Magnetic Field B, we have two states that are possible in a Coil of Insulated Wire. These States are different when a Coil is being Driven, or Induced. What do I mean? 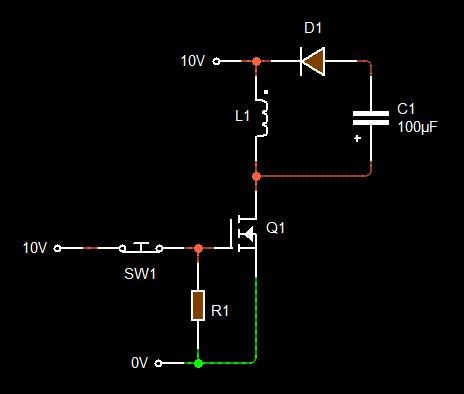 Figure One: The Capacitor does not charge, there is no path for the Current.

When the Mosfet is on, we have applied 10 Volts across the Coil: 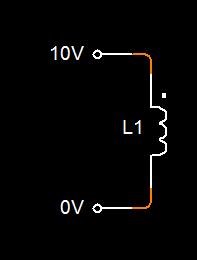 State Two, where an E.M.F is induced in the Coil, invoking Electromagnetic Induction, a discovery of Michael Faraday, some 186 years ago. Here we have Voltage and Current in the same direction.The Mosfet (Q1) is switched off, breaking the Voltage Applied across the Coil, the Coil’s Voltage Polarity reverses, and the Diode Conducts. With a positive Voltage across the Diode, it becomes Forward Biased and is now On. 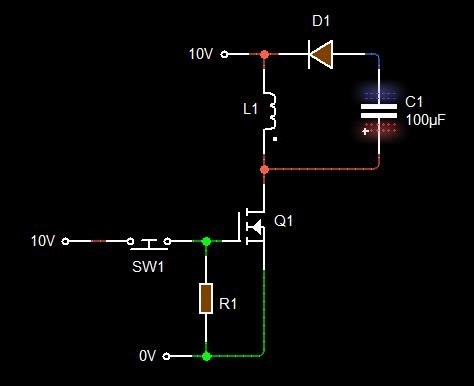 Figure Three: We have Charge across the Capacitor.

When the Mosfet is switched off, the Magnetic Field B collapses and the Coil’s Voltage Polarity reverses, but the Current flow remains in the same direction. 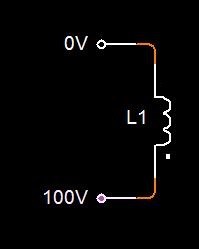 Where the 100 Volts is the E.M.F Induced by Faradays Law of Induction. This is the Magnetic Field Collapsing, changing over time in proximity of the turns N.

And so, we can see now, how a Coil of Insulated Wire, has Two States!

It’s worth noting, Current flows have been mixed up over the years by Science. It’s not hard to see why; it is confusing to say the least. Let’s look at another example:

Figure Five: The Symbol for a Diode.

Figure Seven: Diode does not conduct and the Capacitor does not Charge.

Figure Eight: What is Current?

So what is the Current, what is it a flow of? The very word “Current” is defined as a movement of something! Yes, isn’t it confusing!

We have learned, in the Mr Preva Experiment, that we can Increase the Total Current in a Localised Circuit and thanks to the wise words of Floyd Sweet we know what this means:

Most likely the Positive Charges moving to the Right are Ions. But to be honest, who really knows.

So the Coil Changes, depending on what’s going on. What the Coil is being used for. It is an Active Element, acting like a Battery, when an E.M.F is Induced. Or if a Voltage is applied across it, it is a Passive Component, exhibiting the above mentioned change in Voltage Polarity after the applied Voltage is switched off.

I hope this helps some! Please point out any mistakes also, we want to get this as accurate as possible for others following.

Hi Vasile, Sorry, I used what I thought we would all be very familiar with. Was only as an example.

The Important thing I was trying to cover, was that Coils Polarity and Current Flow.

I have seen what I believe to be much confusion surrounding Coils, Diodes, Voltage and Current, polarity's and directions, even by some advanced people over the years.

A test, I have seen this many times here on this forum!!!

What LED's will Light: 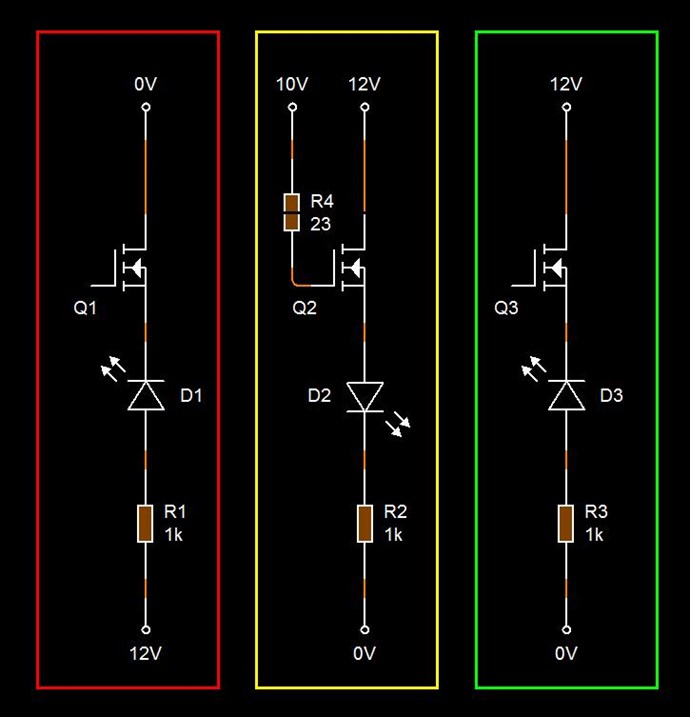 Use the Right Hand Grip Rule to find the Polarity of the Magnetic Field, this is easy, but if one is not sure on the Current Direction, then this is not so easy!

Hope this clear up any possible confusion...