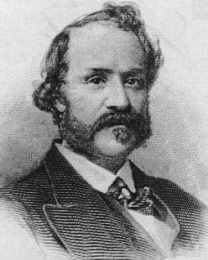 John Ernst Worrell Keely - (1837-1898) The brightest North American mind ever. Nikola Tesla is not in account, because he is not native American but Serbian slavic. Keely's flow of electricity or aetheric flow, is governed by triple conditions:

Everything is dance of colours in higher octaves.....

ALL FREQ. IN AETHERIC OCTAVES WERE BASED AT GOLDEN RATIO Фи ↑ 3/2..

"When electrical experts can construct a mechanical device whereby the low vibratory conditions of the sub-dominant can be assimilated to the harmonic undulatory, by thirds, they will be able to run their dynamos without any extraneous appliances. An introductory impulse, on a certain order of vibration, being all that would be required to give the sub-dominant a concordant relation to the dominant; which would more effectually operate the dynamo than any number of steam-engines; allowing the harmonic stream to be the governor. This concordance, as towards the dominant, would only excite its sympathetic action in a way that would divert the ruling conditions of the two, without being submitted to the destructive effects of the dominant current. I think many lives will be lost before such a position is attained. Tesla has reached out almost to the crest of the harmonic wave, leaving all electrical explorers far behind him. It is only when such a condition is reached that the true value of electrical lighting will be understood, and extraneous power dispensed with; but, in my opinion, the present conditions for transferring power will remain unaltered, in the use of electricity, for generations.

(picture above is not Archimedean spiral but has shrinked and reshaped to put as many octaves as possible in the frame).

Aetheric Octave is a function of Aetheric Golden Ratio Фи..

Very similar like Mazenauer spiral but only 3 streams and every stream has 3 sub-streams - the colour threads..

And now confirmation of correct deciphering J.E.W.Keely concept, from the mouth of №1 in the Aetheric science - Nikola Tesla THE GREAT.

"It became apparent that the fireballs resulted form the interaction of two frequencies, a stray higher frequency wave imposed on the lower frequency oscillations of the main circuit.... This condition acts as a trigger which may cause the total energy of the powerful longer wave to be discharged in a infinitesimally small interval of time and the proportionately tremendously great rate of energy movement which cannot confine itself to the metal circuit and is released into surrounding space with inconceivable violence. It is but a step, from the learning how a high frequency current can explosively discharge a lower frequency current, to using the principle to design a system in which these explosions can be produced by intent."

P/S. There are still more confirmations....