Recent threads and a thinking of how Magnetic Fields act and interact with each other may be of benefit!

NOTE: Without Lenz's Law, Above Unity Machines could never work! A Critical Law to understand!

Tinman, aka Brad posted this post some months after showing his RT, truth is he was on the right track and does deserve credit for this experiment, or at least this variant of it.

Its very simple, very cheap and one can learn a lot from this experiment:

Many here pride them selves in knowing so much about magnetic fields,but no one to date has been able to explain how the torque in the basic RT doubles when the stator coil has a load placed across it.Nor can any of these people tell you what the magnetic force is. The RT is both a generator that shows the opposite to that of any other generator,and it is also an extremely efficient electric motor. I have carried out careful measurement tests between the RT and !off the shelf! electric motors,and the RT has shown an efficiency of over 60% of that of any other motor i have tested against it driving the same load.

People are lazy. What they want is all your years of hard work and experimenting handed to them so as they can replicate your device. They are not interested in working out how it works,or why it's doing what it's doing,they just want a device that works in front of them,on the bench,where all the hard work was done by some one else. Many have replicated the effect of the basic RT,but none of them can explain as to how it is doing it,or what it is doing.

Here is a little project for any one interested-->more of a challenge really. An if you succeed, you will start to understand how wrong we have been doing thing's,and how induction must take place as presented to us for the last 200 years in order to create current flow through a conductor.

You are to build two identical inductors.Lets say they use an iron,laminated steel,or a ferrite core of size 10 to 20mm diameter x 30 to 50mm in length. On this core you wind say 300 turns of .55 or .61mm wire(enameled copper wire). You hang these two inductors from strings,so as they have a gap of say 5mm between them,and they can swing toward or away from each other(core coil face to face). You now use one as a primary,and the other as a secondary.

Who here can do that?. 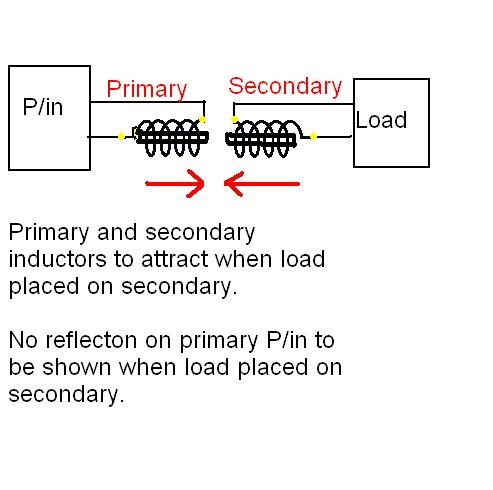 There is no Rocket Science to this, its very simple, and the truth is, some here will know this already.

Lenz's Law is Critical to understand properly! Critical! If you don't, then you need to make this your No#1 priority!

The exact same rules apply! The Interactions of Attraction or Repulsion will depend on how the Fields are Situated and are Traveling in Free Space. To make the Coils Attract, is simply a case of making sure the Coils have the right Voltage Polarity at the right time, on the Field Collapse of the Input Coil.

The Vectors, as I have indicated will Oppose, the Coils may Attract in Free Space, however, they still are Equal and Opposite vectorially. You can see this by the Arrows in the above Image, marked Out/In and BInduced. 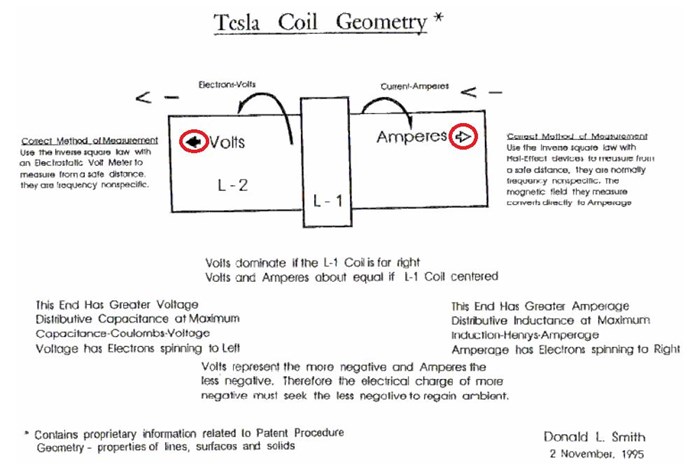 As did Floyd Sweet: 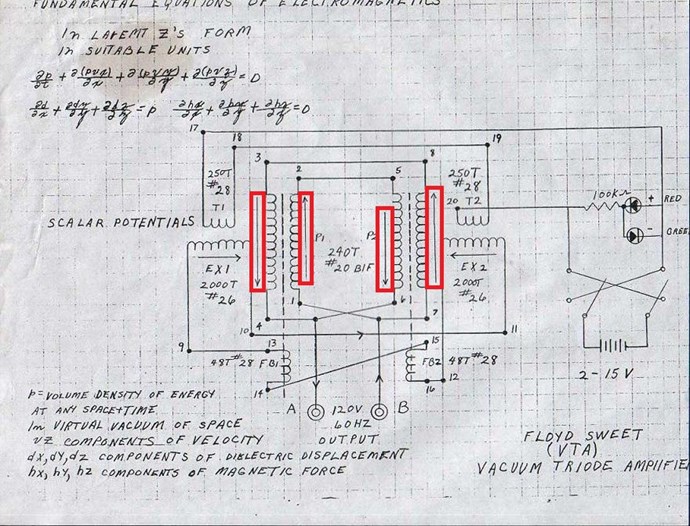 Interpretation of the Coils and Magnetic Fields relative to the Arrows at Time t, is dependant on the Area one wants to work, we have defined this required area very clearly here on this Forum and its something that one will know if they have been reading and paying attention.

I would like to point out, my Thread: Some Coils Buck and some Coils DONT shows you how this works, all you need do is follow the extremely basic ideas laid out, and GO. Which none here have replicated except for CD_Sharp.

Its taken me a long time to get a full grasp of this Technology, and I expect others will take some time also. But, please remember: Force your minds to think about this Simply! Its not Complicated in any way shape or form!

Electromagnetic Induction can account for all aspects of this Technology exactly the same as any "Generator", only in a different way.

The Magnetic Field Vector is defined as an Arrow, this always points in the Direction of a North Pole:

Two Magnetic Fields Interacting together, the combination of Faradays Law and Lenz's Law, must always be equal and opposite, thus we have two Arrows:

These two Arrows can be facing each other, or Facing away from each other. This depends on the Polarity of the Current, defined by the Right Hand Grip Rule: 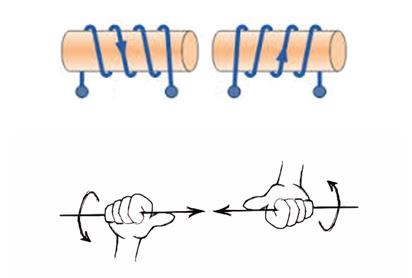 We know from Experiment that two Coils that have a Parallel Geometrical Orientation must have Currents Equal and Opposite to each other, this is Lenz's law by definition. It is also seen in The Lorentz Force Experiments. So, this transformer must have equal and opposite Currents: 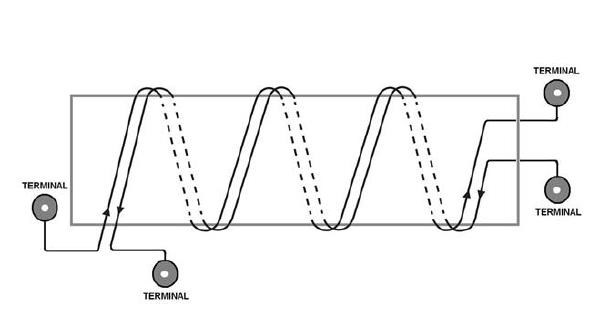 Yet, the same ideas, when Electrically applied, are considered to be Non-Inductive: 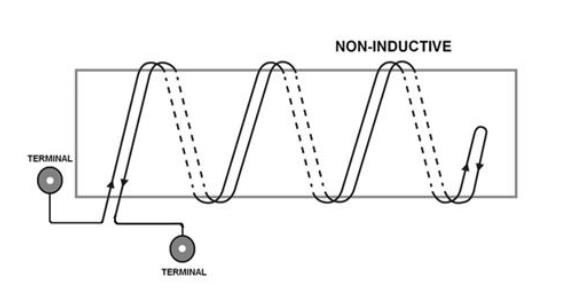 Now this is ironic! It is critical to understand these simple facts. Because when we apply these simple facts in a slightly different way, The Mr Preva Experiment for example, we see an increase in Current in the System! The Amplification of Current, more Current than we put into the System! We can Pump Current using this method:

Clearly, you can see the Glowing of the Resistive Heating Elements have:

So this is an area that is very important to observe and know.