We have not really discussed this here before, but I think its past time, so we should now! I have talked about this before, here and else where, you may remember, STEHO Energy trying to make contact with me:

This was not the first time I had been contacted by so called "Energy" companies and had offers as such!

I have sent out this warning before:

In the past I have been contacted by various people out there and asked to work for them. These people are typically small EXTREMELY WELL FUNDED groups of scientists, Finance, PR and general Dust Kickers. These people, I can only surmise, work for the big corporates, and keep people off the streets so to speak.

Their PR Guys ID devices or technology that may be 'of use' and make contact with the inventors and befriend them.

The Scientists identify the device's or Technology and access it - to see if 'Something needs to be done!'

Then they run circles around the Poor Dumb Inventor and wrap it up so tight that they don't know what to do in the mornings when they get up. Some turn to Booze/Drugs, like a well known identity most of you have no doubt seen a lot of publicity on lately.

So I urge you and all others following - Don't get tied up in this game they play. You can see it a mile away if you know what to look for. Most of them can be traced back to small Energy Companies that have no real Product or any visible form of income to support their Floor Space and Personal. They typically like to be seen in expensive Shoes/Suits. the top Guys are rarely seen, they tend to send their PR Guys that mostly don't know any better and its just a job to them.

I am wishing Roman aka Akula0083, well in my thoughts as it appears from the outside that he may be tied up in this. The PR Guys troll all the forums, websites and any where they can find info...

P.S: I have never worked for any of these 'companies' only had offers.

Now, my friend Nelson Rocha has also given advice:

Hi Chris,
what I suggest to all those who receive solicitations, from external entities and investors promising funds, never sign an NDA without having properly protected their interests; for that they should consult an exempt lawyer, so that they are not surprised in the future with restrictions that will only serve to limit their disclosure in the future.
I know perfectly well that this may not be easy to understand, but most large companies that are usually represented by smaller external entities, who often approach inventors, through social networks and forums, promising economic support and help, to development of the ideas, but sometimes or most of the times the things could run wrong .

I do not want to mention specific names of some of these companies, but as an example, a large world-renowned German company, usually acquires the rights of a certain idea, just so as not to interfere or have influence in the sale of its own products, and their operation model in market , saving for years later its disclosure according to its economic interests , sad but true .

But I also understand, that the supposed guarantee given by these companies, can convince many people, the non-disclosure in open-source of certain projects, because there are many "rats" everywhere trying to take advantage of the efforts of others.
This situation can be a double-edged steak, if I make myself understood.
But my opinion is based on very personal experience.
But that is my opinion.

One more time I wish you all the best
best rewards

One of Nelson's Videos:

Its a Trap, for unsuspecting minds - Its a Trap! 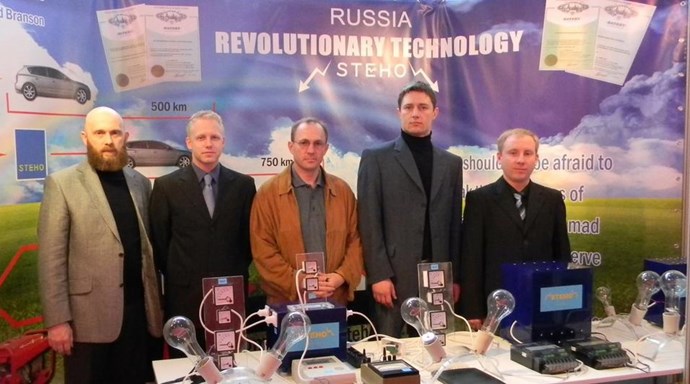 Look how old he is now, compared to when he invented the Stepanov Transformer:

Its a Legal Trap!

Don't get tied up in the Legal Trap! If you need Funding, then we can find other ways!

We live in tough times, financial and emotional!

I urge, please do not succumb to the lure of Financial Traps! This technology is important and must be Free For All Human Beings!

Some people out there may appear to be looking out for you when in-fact they may not be, they may be trying to Trap You in NDA's or other Legal Binding Agreements!

Its a Legal Trap!

Please don't let this Technology get wrapped up in unnecessary legal silliness! Its a very real and active trap that has been used successfully in the past by many!