The X-Prize was won and we now have Fresh Water From Air, yes up to 300 gallons a day, has been produced from Air.

The goal of the program was to collect “a minimum of 2,000 liters of water per day from the atmosphere using 100 percent renewable energy, at a cost of no more than 2 cents per liter.” No simple task! In fact, I would have guessed it was an impossible one. 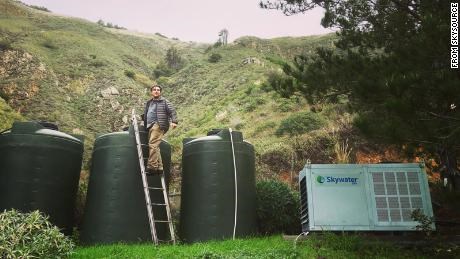 It’s cheaper and more efficient than desalination, and doesn’t require the presence of nearby water sources or rain. Skywater boxes, which range from somewhat smaller to rather larger than a refrigerator, can produce up to 300 gallons per day; that’s about 1135 liters, so two of them would meet the contest’s requirements if the cost was low enough and it was running on renewables.

That was sufficiently demonstrated to the Xprize inspection teams, it seems, and the team was this weekend awarded the $1.5 million top prize despite not making it into the finals.

“It has been pretty intense but it’s really been exciting for me to see water come out of our system, because this is connected to real lives in the world,” said team member Jay Hasty in an Xprize video.

This doesn’t mean water scarcity is a solved problem — by a long shot — but competitions like this are great ways of promoting new development in a space and also creating awareness of it. Hopefully Skywater systems will be installed where they’re needed, but development will almost certainly continue on those created by the other teams competing for the prize.

We all need to be more resourceful! A simple Air Conditioner does it via a Temperature difference, Colt and Hot!

You all know how Condensation works: 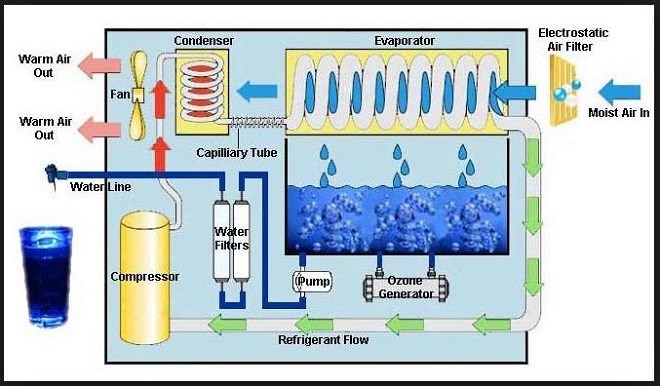 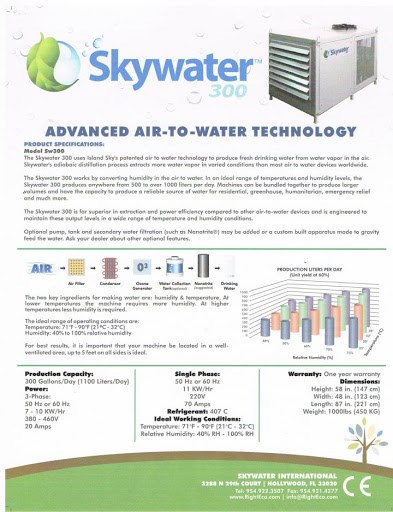 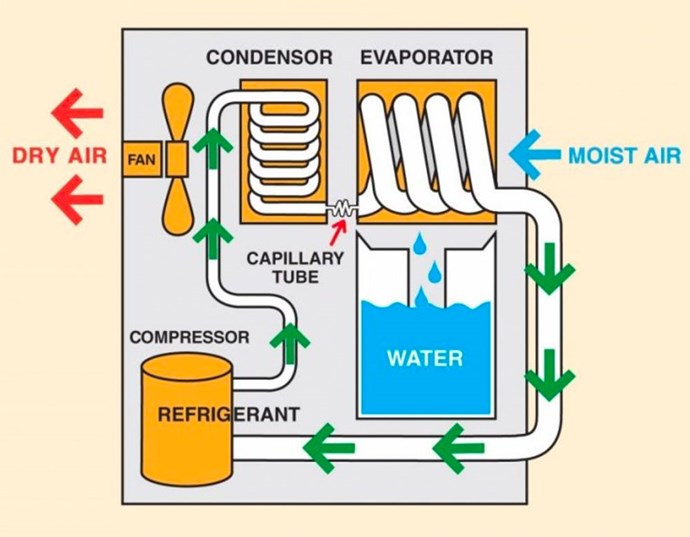 Everyone can have Clean Drinking Water, its not rocket Science!

Did a quick chat with Chris if it was ok to post this here but it does work along the same lines. In chasing video on another subject, one of interest was suggested. As I watched, I was stunned as to how simple a system this really is. Tesla worked a long time on this subject and sadly fell short due to the end of his life. He was certain tho that it could be sorted out.

I have watched video on those duplicating his heat exchange engine and they have made great strides as to it working. I implore all of you to watch this presentation to the end and grasp just how simple the  system is. Then think of a heat exchange engine, aka Sterling Engine driving it and it is a win win situation. I did a run on watching  videos of others who have made large Sterlings and how the perform. One I saw was touted to be 45 HP and that would fill the need here perfect. Follow the link below and if it has gone, I do have it and will see how I can share.

Lets try and make this happen for the world.

Hi Thay, Thanks for sharing!

The next video is another very good video:

Peter is a good bloke, I like him and his methods, his way of thinking is logical.

Did watch that some time ago too. Was astounded as to how good it worked. Goes to show  that you do not need harmful things to get good results.