There is another way to think about this, the Magnetic A Vector Potential is an Electric Field with Curl: 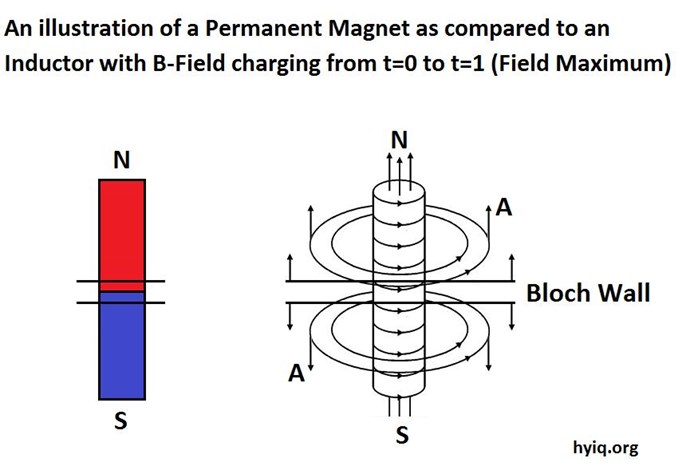 One could say that it is the Magnetic A Vector Potential that is disturbed:

When you find the AB effect is indeed invoked, then you can adjust the magnitude of the E-fields produced in the A-potential reservoir by dA/dt. That means you adjust the rise time and decay time of the input pulses. Also play around with frequency (each unit has its own "sweet spot").

We have heard this many times before, but one example comes to mind:

I'm not allowed to give any more hints than that, except to point out that wire size and numbers of windings are also variables you must investigate rather thoroughly. They do have great effect on the COP.

If one were to do a full analysis on all the devices over the years, and all the Input Coils, one would find very few turns and normally a heavier gauge wire.

We also see this in our detailed study of the Asynchronous Re-Gauging, which we have proven to be valid on many devices: 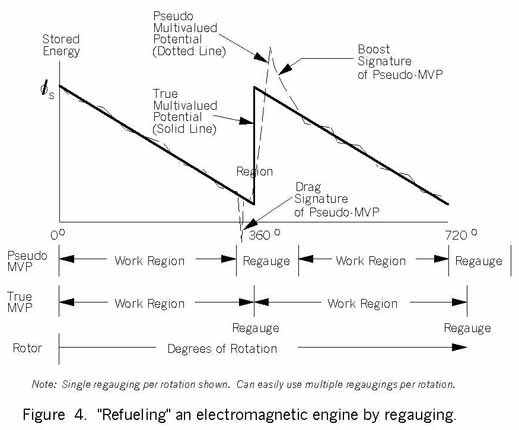 As you can see, the Regauge Region is very much shorter in Time than the Work Region.

The Time Rate of Change is reduced by reducing the Inductance ( L ) and Resistance ( R ), shorter thicker wire means faster Rise Time. This makes your Regauge Region faster. This also means your Switching Time must be shorter, say 10% Duty Cycle.

Note: We have seen, history has shown us many examples, one must find the optimum point where the Rise time has done enough to allow the Partnered Output Coils to do enough Work, in other words: "Generate" enough Electrical Energy, to cover losses and enough to Power a Load.

One such example of this is the tuning required in the following video:

By turning on the English subtitles you will get somewhat of an explanation of the Timing required.

Another example is Bradley's RT, by attaching the Fan, slowing the Rotor and the Pulses, the machine was below unity. We must invoke the Partnered Output Coils interaction so as to:

Below is a bad google translation in a text file.

We need to start thinking about our Input Coil!

What is the Input Coil actually doing in our System?

In The Mr Preva Experiment, we saw the need to find the Frequency of Magnetic Resonance where the two Coils were 180 Degrees out of phase. 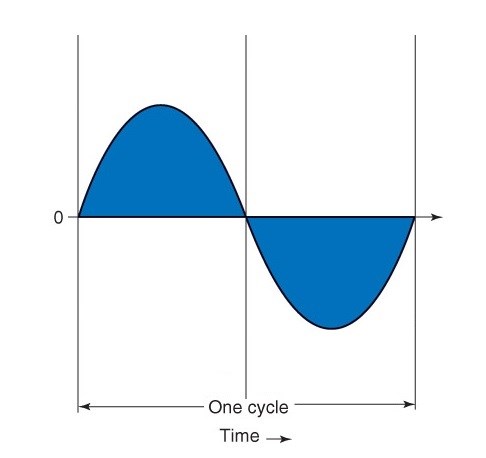 If we are using a DC Pulsed System, most of us seem to be going this way, then we need to only think of exactly one half of the above Blue Cycle! Our DC Pulse must be short enough in time to match this Frequency!

We can be smart about this, because we have to be:

Is the same as having Half Cycle Magnetic Resonance at 73,000 Hertz, for a DC Pulsed System.

Remember: We need the Off Time! This is seen below!

This will give us: 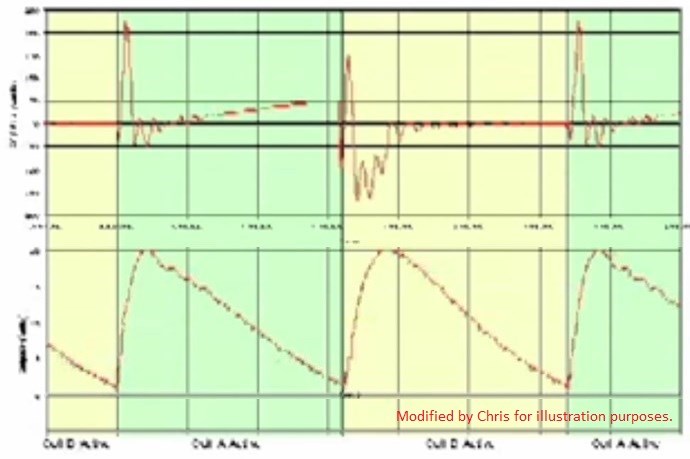 This means, we need to think about our Input Coil, it must be designed to be able to provide short sharp pulses efficiently. So a short length, thicker, with very low Duty Cycle.

In this Post, I posted this Image of Don Smith's Output Circuit, we all sould be familir with the Partnered Output Coils and how they work: 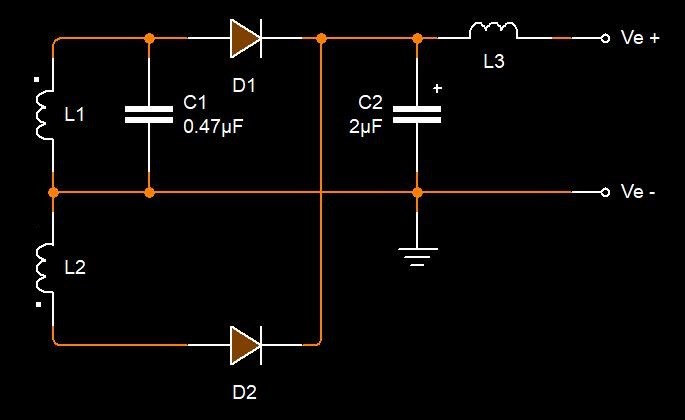 We just have to learn how to efficently bring them into Resonance!

I hope this helps!

Remember, the faster the Rate of Change or the Magnetic Field, the Higher the Voltage will be.

At this stage, to be honest, all else is irrelevant, as our Two Partnered Output Coils MUST, React and Counter-React with each other.

One must be Opposite to the other according to Faradays Law of Electromagnetic Induction, this being observed as Lenz's Law! The Potential gained on the Terminals of the Coil and the Timed response of Drawing Current, at the same time as the opposite Coil being equal and opposite in the Potential domain, creates this:

The Linear decrease in Amplitude of the Potentials to Zero:

This response has cost us only a very small amount, the small but efficient timed pulse of the Input Coil to bring up the Potentials, is the first Action.

So, the actual effect, Bucking Coils, is a critical objective, without it, we are just playing with Magnetic Fields. Something that those before us did also, until observing the key principles of Energy "Generation", being that of which is described above.

We have the opportunity to circumvent much of the random chance experiments, and have the specific, goal orientated conditions, for a working Energy Machine!

Of course efficiency is dependant on Magnetic Resonance which is specifically related to Antenna Theory, thought of in the following way:

All it means is the Traversing of Current down the Coils with least possible Impedance.

The goal, the specific, required focus, is in the Bucking Coils, Partnered Output Coils.

Haha Chris, you are definitely right about needing an offtime, - my home made, linear power supplies are going crazzy with resonance, - as soon as im getting massive light, - just before and after resonance, - and when it is in the zone, - my current jumps from 100ma, too off the 5amp scale...

hehe i am having fun, but not so much success, - i plan too focus on this mr preva experiment again,  and also i am testing delayed conduction methods with inline series MOV's and  mix'n'match diode juntions, with a back2back 12v zener and 1000v 10a10      ....      recently. my wave modulation attempts at making everything variable have not been so successful despite the complexity, - some of my best work ever, for sure, but i think this is a sign of me actaully starting too figure out what too aim for.

this is why my posts have been slow lately, - i don't want too look like im running out of puff, -but this approach is not so conducive of lots of experimentation

I always wondered if the time constant of a bifilar coil is lower than the equivalent of a classical one. I'll make an experiment. Very good info, Chris. Thanks!

Admin
Chris posted this 4 weeks ago

Those that are busy replication Asymmetrical Regauging, Please, lets bring some insight to this thread: The Input Coil.