About antennas and coils

In this thread we will post information about antenna theory, and it's relationship to coils. I will share what I have learned about this topic, and would appreciate the input from other members, as some have advanced knowledge in this area.

So, let’s talk about antennas and coils. Teslacoils will be used as example, because they are excellent E-field antennas.

Most of all antennas used in broadcasting, and Rf transmission are E-field antennas in contrast to the B-field antenna or magnetic loop antenna. The principal layout difference is that E-field antennas have usually at least one open ended conductor or rod (but not always...) The B-field antennas always are built as a closed loop, because current flow is needed for transmitting or receiving the magnetic field of a signal. In most applications these antenna loops are tuned with a capacitor, using an LC(R) circuit. But also a coil without external capacitor can be a loop antenna using it's own interwinding capacitance. In some cases, a high permeability ferrite rod is placed inside the magnetic loop, in order to concentrate the weak magnetic field of the RF signal. This is the case for example in the long wave or mid wave range radio receivers. We will come back to this later in more detail, and focus first at the E-field antennas and their properties.

In the image below you can see a drawing of a Marconi antenna, which is a typical quarter wave E-field antenna: 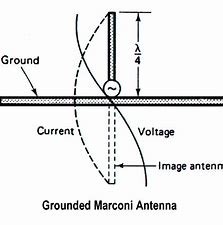 The graphs showing approximate distribution of current and voltage. At the top section of the rod the voltage is at maximum when in resonance. The current is at maximum at the feeding point on the bottom and at the ground connection of the feeding wire. If we would replace the strait rod with ʎ/4 length by a solenoid with the same length, which sometimes is done(partially) because the extended rod could be very large in lower frequency ranges, then we still would have a functional antenna with the same resonant frequency. Although the performance would decrease some compared with the extended version. Despite that this kind of antennas can have a significant current flow on the feeding point, the produced magnetic field is negligible, due to the small inductance, and the cube of distance law applying for magnetic fields. They are transmitting and receiving by resonant coupling thru the E-field.

In the next image you can see a schematic of a typical grounded λ/4 Teslacoil, which is much the same, except that the feeding is done by transformer coupling and a primary coil. By the way some radio transmitters use similar technique: 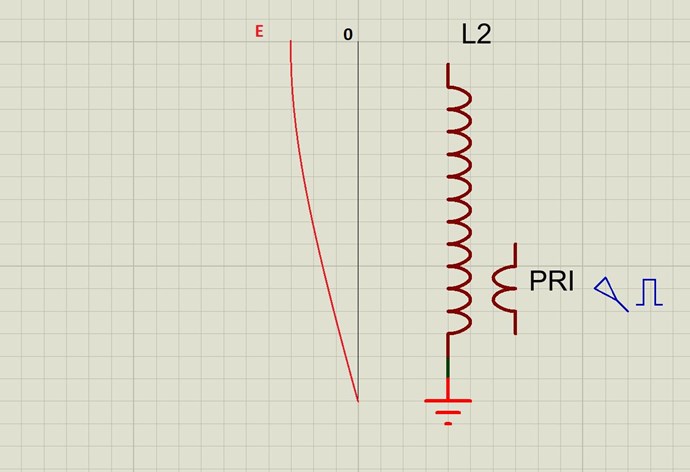 The  red graph shows the distribution of the E-field, the B-field would be inverted with the maximum at the bottom.

Now imagine what would happen if we remove the ground connection from this teslacoil. The pattern of the E-field would change completely, and provided that the same L2 wirelength remains, the resonant frequency will double. Or we can use an L2 of twice the length, maintaining the same resonant frequency. But now we have a λ/2 TC. 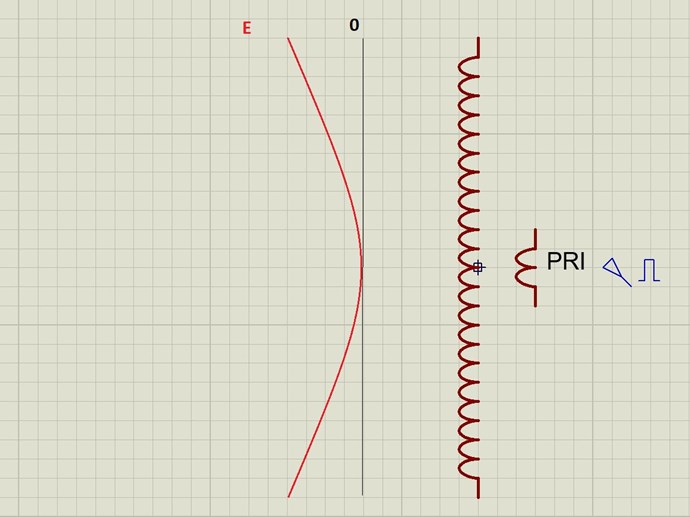 And an antenna corresponding to this wave pattern would look like this: 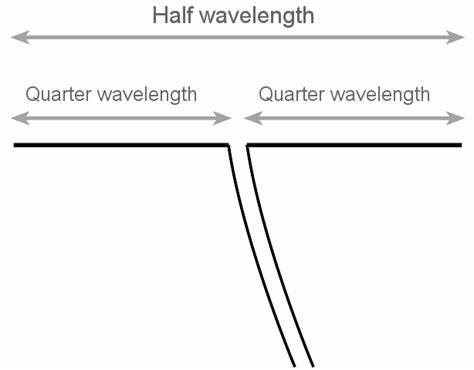 Note that the graphs of the E-fields in all cases only represents the energy level of the fields, disregarding the polarity, which obviously is changing at the rate of it's operating frequency.

So, a half-wave TC can not be grounded? It can, of course. We could add to this very same layout a centre-tap to L2 and connect it to ground without changing the field pattern.

Or we can connect the two open ends to ground, which would invert the pattern of the E-field, like illustrated in the next image: 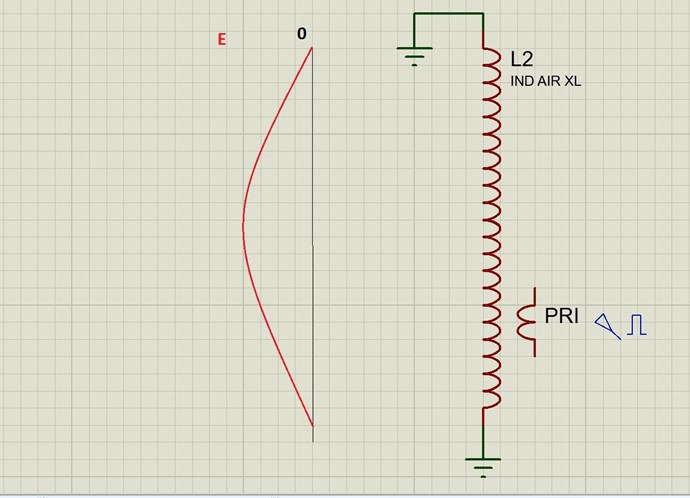 This is by the way an example of a closed loop E-field antenna.  If needed an aerial could be connected to a centre-tap, where the maximum of the E-field appears.