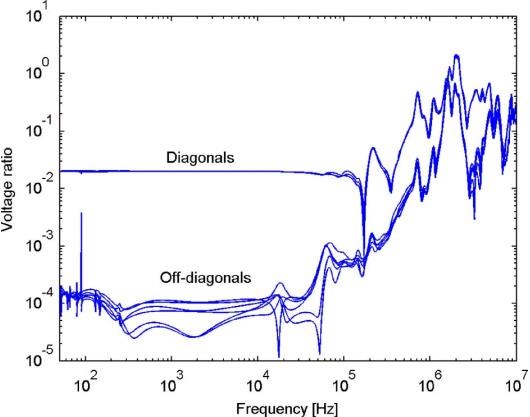 Has anyone done any of their coil-shorting experiments with wye-connected 3-phase coils? I would think that rather than just shorting two of the phases to ground as above, putting diodes on those phases so they can pull electrons in from ground but not allow any out to ground, would lead to some interesting results.

Something the Elite Builders Club has looked at. Yes, this can produce interesting results in the right setups.

You are on the right track Prometheus, to "Generate" energy, one must build a machine to be able to "Generate" energy. When you have some experiments ready to share, I will put your name forward to the Elite Builders Club! You also need to have a profile picture.

Its worth noting Members: Zanzal and Jagau have bought this up in similar ways.

Zanzal shared this video in the Timing Thread:

I think this was a very good demonstration. It proves the importance of understanding at which point the Energy one is using is in regards to its type.

In case there is any misunderstanding, the video was not mine. Someone else made it, but it is very interesting. I have an idea as to why this behavior occurs with coil shorting. That it has to do with Lenz law and core saturation. Essentially the shorting the secondary introduces a sudden loading and the current must rise to meet the requirements of the load, but the core is already near saturation and so the current in the primary cannot rise and the result oscillations between primary and secondary as the core moves in and out of saturation.

In case there is any misunderstanding, the video was not mine. Someone else made it, but it is very interesting. I have an idea as to why this behavior occurs with coil shorting. That it has to do with Lenz law and core saturation. Essentially the shorting the secondary introduces a sudden loading and the current must rise to meet the requirements of the load, but the core is already near saturation and so the current in the primary cannot rise and the result oscillations between primary and secondary as the core moves in and out of saturation.

I would like to present a slightly modified theory if I may?

We discussed these ideas in the Timing Thread. It is Timing that's important to think about. We saw in the video, the Circuit modifications were being done at Sine Wave Peak, an important concept to understand. The reason is Energy Transformation. Don Smith said:

Useful energy occurs as the result of imbalances in the ambient background energy, which is a transient phenomena. In the electrical field, it is a closed system subject to heat death, which severely limits it's utility. The flip side of the electron, produces magnetic waves which are an open system, not subject to heat death.

We know for sure, and this is important, Energy transforms from Electric to Magnetic, then from Magnetic back to Electric, for example in an LC Tank Circuit:

Energy moves from the Capacitor into the Coil, transforming from Electric to Magnetic, at 90 degrees, all the electric energy is now magnetic. this process then reverses, all the Magnetic energy transforms into Electric from Magnetic and the process repeats. Of course losses damp the LC Circuit, but the LC Circuit is the most efficient Circuit we build.

I posted the following circuit, as a pseudo circuit, I notice now I missed a diode on the VE- side of the cap, in the same thread:

When tuned to the optimum point, the input current will fall to zero. Now, this implies tuning, and we know this is a requirement. This circuit is perhaps one of the most simple, but most amazing circuits ever posted to this forum and none have replicated it.

Zanzal is correct with Saturation, at peak Input Current, we are up the leg of the BH Curve. However, our machine is falling out of Saturation after this point. This means our Coils Inductance is also changing, from low to high. We know from experiments that the coils inductance changes with the Magnetic Field. This modifies the Rate at which Current ( I ) can traverse the Coil, which is by definition, the Inductance.

The current and voltage initiating fields are in such a direction to either accelerate or decelerate the rate of flow of charges depending on the applied polarity and voltage amplitudes.

As polarity may be maintained constant, that polarity of acceleration should be chosen so charges move at faster rates, lowering copper duty factor, at the same time opening the gates wider so more coherent field entities may enter for the conversion process.

It’s obvious, we have a self-regulation machine whose inherent conservation to the nth degree.

Its not magic, its understanding and its simple once this understanding is obtained. We are building machines that yesterday we were only discussing and had no idea on how they worked!

It would be interesting to see an experiment with this type of connection with wye-connected 3-phase coils I think you mean delta wye or YY connected I do not know?
The purpose of a 3-phase system is mainly to carry loads with smaller gauges and to power several devices at the same time with a better distribution of power if I remember well, but I confess that I am more familiar with the single phase,

so I would learn something if you do this type of experience, i would be interested.

@Jagau, I agree, I would like to see this experiment done!

Hi all, Is there somewhere on the Forum a Info on which Location of the core the fields actually slap or meet thogether when we as example take a flyback core with L1L2L3.Is it on the middle of the sidelegs and in the middle of the POC coils.Before i find it out i thought i ask, Maybe someone knows it or made an experiment.Thank you and a good day.

Best place to look is on the current threads: Important: Delayed Conduction in Bucking Coils

Keep your eyes on the top threads and over time we will have more answers.